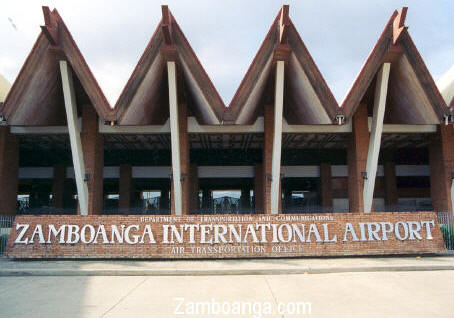 Gateway to one of Southeast Asia's fastest growing Business and Cultural Hub.

This is what the Zamboanga International Airport is like today. Two of the nation's major airlines, Philippine Airlines and Air Philippines, have regular schedule flights to and from Manila, aside from scheduled regular flights to and from Cebu, Davao, and other points in Mindanao. In addition, Mindanao Express, the latest airline on the scene, now operates several regional flights from Zamboanga City.  It has come a long way since its origin as Moret Field in 1945.

Also, as one of the results of several exchanges of exploratory talks and trade missions by participating countries of Brunei, Indonesia, Malaysia, and Philippines' East Asia Growth Area ( BIMP-EAGA ), an agreement was signed last March 10, 1997 between Sabah Air Building and Corporate Air, Inc., forming the Mindanao Express. This agreement will facilitate the provision of support of air transportation services between the State of Sabah in Malaysia and southern Philippines. Regular flights on the Zamboanga--Sandakan route are scheduled to take off on September 10, 1997.