The place Dulian-Pasonanca became a Barangay of the city upon the enactment of Commonwealth Act No. 39, s. 1937. It is one of the 98 Barangays of Zamboanga City.

There are numerous tales about the mystery and origin of the name Dulian. One of the tells of a group of people discovering a kind of tree growing abundantly in the hills and bearing sweet fruits, so they gathered the seedling of the tree and planted it in the different areas of the place. It was years later that they discovered that the plant’s name is durian. Thus, was coined the word of the place where this of trees are growing. 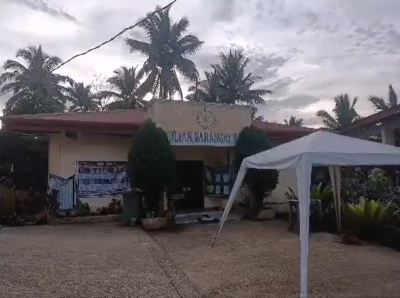 Elected Officials of Dulian Pasonanca for the term of 2004-2007

Real Estate or Properties for Sale or lease in Dulian Pasonanca, Zamboanga City

every third Sunday of May

Curfew lifted in Bacolod City
BACOLOD CITY – The city government here announced on Wednesday night the lifting of curfew hours more than two years after the onset of the coronavirus disease 2019 (Covid-19) in the country. Mayor Evelio Leonardia issued Executive Order (EO) 25 dated May 24, repealing the previous directive setting the curfew from midnight to 4 a.m.