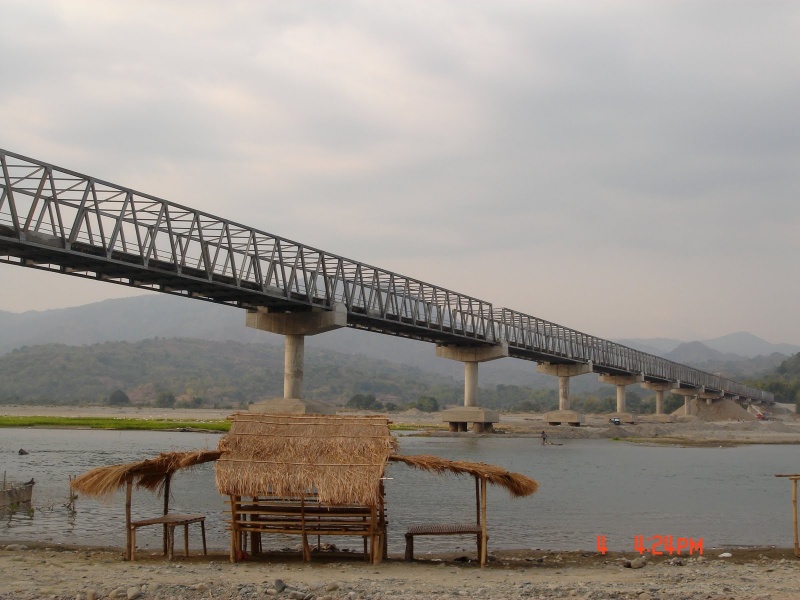 BANGUED, Abra – The completion of the Calaba Bridge is a dream-come-true to the people of Abra and brings hope for development as it opens its door to the world. Using an Austrian modular steel bridge structure, the 900 linear meter long Calaba Bridge along the Abra-Ilocos Norte National Road connects the three municipalities across the Abra River namely La Paz, Danglas and Lagayan to Bangued and the other parts of the province.

More importantly, said bridge serves as a primary link to the provinces of Ilocos Norte and Cagayan and other urban centers in the region where farm produce to the rural areas could be transported. Travel time to Laoag City where the international airport in Northern Luzon is located, will be cut by one hour with the usual route via the province of Ilocos Sur.

Before the construction of the Calaba Bridge, people from the towns across the Abra River reach Bangued only through ferry and fording.

Civil works for Phase 1 implemented by the J.H. Pajara Construction Corp had a budget of P177.68 million while Phase II undertaken by the Tokwing Construction amounted to P157.81 million.

The Calaba Bridge is a project of the Department of Public Works and Highways – Project Management Office (DPWH-PMO) for Special Bridges of President Gloria Macapagal-Arroyo. DPW-CAR and the Abra Engineering District provided technical in the project implementation.

Phase I of the construction started on September 12, 2005 for the substructure with the scope of work covering foundation, columns, wing wall at both abutments. Phase II commenced on March 25, 2008 for the superstructure, approach roads and slope protection works.

Target completion date is May 13, 2010, however, the contractors are were able to finish the contracted project components ahead of schedule.

Meanwhile, preparations are now underway for the inauguration of the Calaba Bridge by President Gloria Macapagal Arroyo herself on May 3, 2010. **Maritess Beñas/PIA-Abra

The following page uses this file: