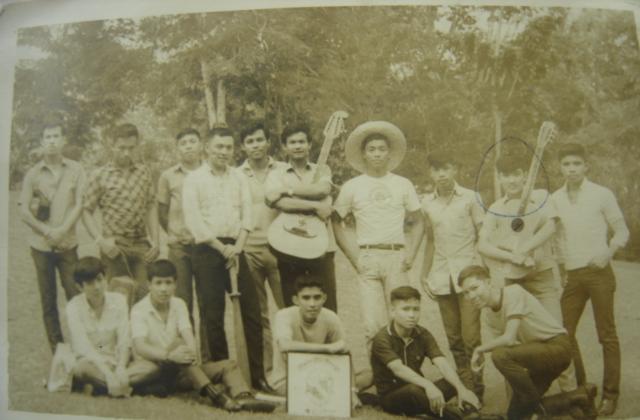 
These group of young men were the pioneers for the Alpha Phi Omega Collegiate fraternity in Zamboanga City.

They went on to be very succesful men:
Go ahead Login and tell your story about any of the guys below. This is history in the making.

Now lives in the United States of America. Works for the government.

Became a military man. Retired with the rank of Major. He used his experience in the security field to Start his new business: Wedgewood Security Agency Specialist.

Became a lawyer and now has a very lucrative practice in Manila Philippines.

The founder of Beta nu, became a doctor. He is now Dr. Ferdinand Florendo

Although Ernie was expelled from the Beta Nu Fraternity, he went on to lead a very succesful life.

Worked in the banking industry most of his life. Now is the Vice-President of Allied Bank - Zamboanga City.

Retired from military service, he was Chief Security Officer of Ninoy Aquino International Airport in 2001.

Initiation name: XILEF Seems not to have followed footsteps of famous brothers Ramon and Ben Tulfo. Successful businessman though last heard to be residing in Puerto Princesa City.

Roger was a very athletic person so, he went on to to become a Judo instructor and the Director of Athletics at the Ateneo de Zamboanga University. He learned his Julo trade from one of the chartered members of Beta Nu, and that is Roger Mijares

The following 9 pages uses this file:

This file contains additional information, probably added from the digital camera or scanner used to create or digitize it. If the file has been modified from its original state, some details may not fully reflect the modified file.
Retrieved from "https://www.zamboanga.com/z/index.php?title=File:Pentagon_1st_1969.jpg&oldid=607431"
Category: