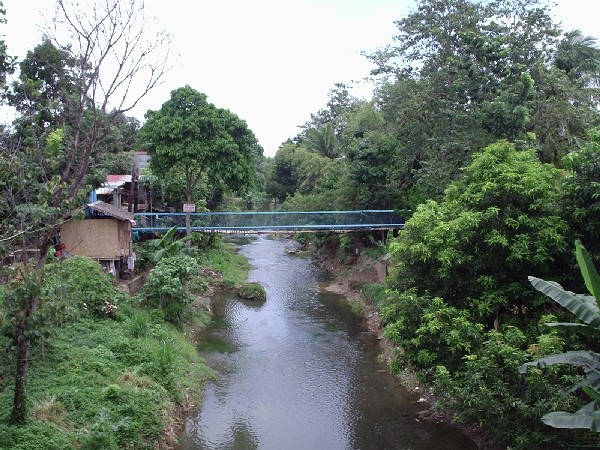 Tumaga hanging bridge. Picture taken in July 2007. This bridge was built through a grant from USAID.

The over P1 million hanging footbridge of Tumaga

Mayor Celso Lobregat yesterday expressed appreciation to the government of the United States for the construction of a 30-meter hanging bridge in Tumaga saying it is another testimony of the strong and solid bond between America and Zamboanga City . The over P1 million hanging footbridge is one of the 25 projects initiated by the Growth with Equity in Mindanao (GEM) with funds from the United States Agency for International Development (USAID) in Zamboanga. It was inaugurated and turned over to the city government yesterday (June 6, 2007) afternoon with no less than American Ambassador Kristie Kenney presiding over the ceremony.

The following 4 pages uses this file: